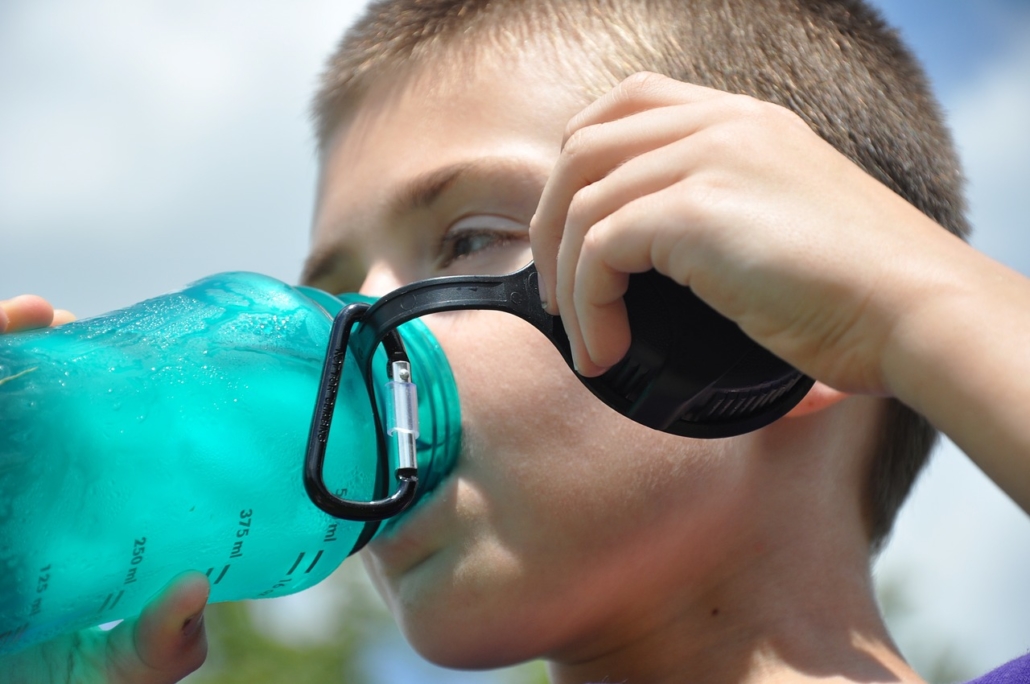 Tips for Staying Hydrated During a 5K Run

Staying hydrated during your 5K run is of the utmost importance, and knowing how much you need to hydrate before, during, and after a run really depends on your body, sweat rate, age, gender, and certain environmental factors on race day. Since running is all about balance, here’s some tips for making sure you’re staying hydrated.

1. Recognize the Signs of Dehydration

Your body’s water level naturally fluctuates every day depending on your activity level and diet. Because dehydration is not reserved for athletes, it’s important to remain hydrated throughout the day regardless of it’s race day or rest day.

First and foremost, knowing the signs of dehydration will keep you from becoming seriously dehydrated during your runs which will then weaken your performance and reduce your speed. The earliest signs of dehydration can be experiencing thirst, dry mouth, and noticing a decrease in energy. Moderate symptoms will be fatigue and weariness, with the more serious symptoms of dehydration being muscle cramps, intense thirst, shortness of breath, headaches, and nausea.

Of course, the goal is to proactively keep your body hydrated rather than working backwards and trying to rehydrate once you’ve become dehydrated. A good rule of thumb for fluid consumption while running is to take in four to six ounces every 20 minutes or so. Thus, it’s better to frequently take sips of water on your run rather than irregularly gulping down large amounts of fluids. For longer runs, adding in a sports drink will help to restore your body with the electrolytes and carbohydrates it’s burned through during the run.

Luckily, the remedy for being dehydrated is simply rehydrating your body by drinking fluids.

As you’ve been training for this race some time now, you’ll more than likely already know how much water your body needs before you feel the symptoms of dehydration, but again, the goal is to proactively hydrate. To do this, you can weigh yourself before and after one of your training runs to double check your water intake to make sure you’re drinking enough water.

Simply weigh yourself naked before your run and immediately when you get home afterwards. If you’ve lost several pounds, you’ll know you’re not drinking enough water to remain healthy and hydrated. For every pound you lost, you can drink 16-24 ounces of water to rehydrate, and make plans to drink more water on your next run.

3. On Race Day: Hydrate Before You Run

Prepare for the water your body will be losing during the race by hydrating before you start. Pre-hydrate by drinking 17 to 20 ounces of water about two hours before your race and don’t hesitate to bring a handheld water bottle if you feel you need the extra liquids — just remember, a handheld water bottle will be an extra pound or two you’ll be carrying around in your hand.

4. During the Run: Don’t Wait to Be Thirsty Before You Hydrate

Don’t get behind by waiting to get thirsty before you drink fluids. As we spoke to earlier, a good rule of thumb while running is to take in four to six ounces of liquids every 20 minutes or so. Since it’s better to take frequent sips of water rather than infrequently gulping down large amounts, you’ll be comfortable during the 5K run by pre-hydrating before and remaining hydrating as you run.

5. After the Run: Keep Drinking Water

Congratulations, you’ve completed your run! To avoid muscle pain and compensate for your water loss, you’ll want to keep drinking water after you cross the finish line. By practicing the water intake technique (weighing yourself before the race) we touched on above, you can replenish your body by taking in 16 to 24 ounces of fluid for every pound you might have lost. To replenish your fluids, aim to drink five to twelve ounces of water for every 15 minutes of exercise you had and keep an eye on your urine output and your weight after the run. If you’ve gained weight after your run, you may be over-hydrated, but if your urine is a dark yellow color, keep hydrating until it returns to a light yellow color.

The goal is to be healthy and hydrated before, during and after the race and by implementing these tips, you’ll be on your way to having a safe and successful race day. Good luck!

How to Stretch Before & After Your Run
Scroll to top